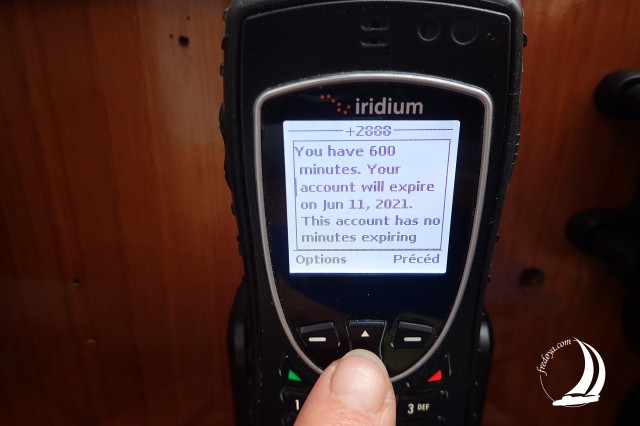 Windlass repaired by express to avoid additional port fees in Seward, we took the road again to Kodiak.
We had asked for the prepaid iridium card to be started and tested with the new suitable program (additional annual subscription …) and it seemed to be working …
But during the first 5 days of navigation without a terrestrial network we had to wait in front of the screen “non-existent or inactive sim” … memories / memories of a crossing Norway – Greenland with technical stop in Iceland!
Arriving at Seward: after a phone call… in American while Fred tapped on the windlass axis to detach him from the deck because seized by rust, we received our phone number and confirmation of the email address.
Set off again after a few tests on the terrestrial network, this gave us our Grib files (weather). Before the opposites wind and current we moved away serene, from civilization and its flow of tourists….
But life would have been too easy…. Unable to connect the computer to the phone… It’s not that complicated on the pdf docs !! and it had worked well last years…. Windows XP then Windows 8, Skyfile then OnSatMail and now Windows10 and XGate: if someone has an info that can avoid me “spinning” !!
So we made some small jumps (sometimes big) to avoid untimely changes of wind and too many hours in the sometimes destabilizing swell…
After beautiful encounters, we managed to reach Kodiak: the island and are in an anchorage far from the city because we have to go there gradually…. And if the connection is weak it still exists enough to post these fresh news.
Having no more imperatives until next spring (apart from the cleaning / antifouling and maintenance of the hydraulic keel system) we run it smooth or at least in slow motion, and it’s good!